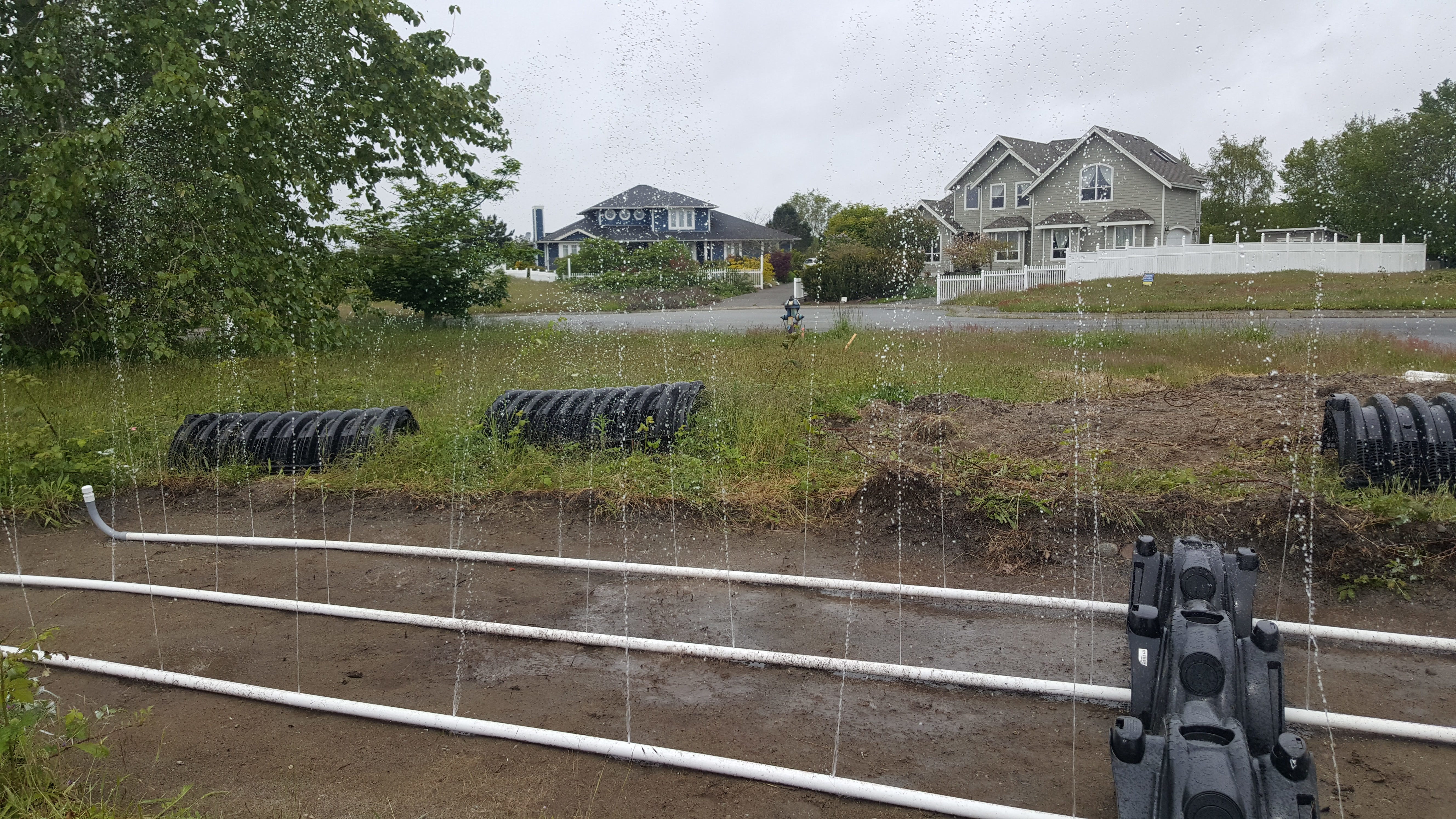 And there you have it.  My $7000 high powered sprinkler system!  I never realized how simple building your own septic system was.  Hard to believe that underneath the plastic “infiltrators” you see in the background and 12 inches of soil, that spray is going to be the last step in safely disposing of my sewage.  Today, I installed the final piece of the septic pump system, the “hose assembly”.  The hose assembly attaches to the pump at the bottom of the tank and makes three 90 degree turns before exiting the tank and going through the PVC pipes I glued together a few days ago.

Now it was time to fill up the pump chamber with water and test the system.  It was necessary to fill up the chamber with water for two reasons. First, you never want to run any kind of water pump without water in it because air has much lower resistance than water and the motor will burn out without that resistance (so make sure you aren’t out of windshield wiper fluid!)  Second, the panel won’t operate the pump unless both the redundant off and pump on floats have been activated and I’m not too keen on climbing down into the tank and flipping them upside down by hand.  After ten minutes or so I had enough water in the tank to activate both floats and I turned on the power to the control panel.  The pump activated and I saw the beautiful water show featured at the top of the post. I called the inspector for an appointment tomorrow so I can replicate the display for him and he will sign off on it.  Once the inspection is complete the infiltrators can be placed over the drain pipes and dirt can be backfilled over the top.

2 Comments on “Step 4c – Have the Completed Septic System Inspected”