Step 11a – Frieze Blocks and Baffles

mbath Posted on January 31, 2018 Posted in Building Your Own Home, Do Your Own Carpentry, Framing a House 2 Comments Tagged with Insulation, Plywood, ridge vent, Sheathing, Trusses, Walls 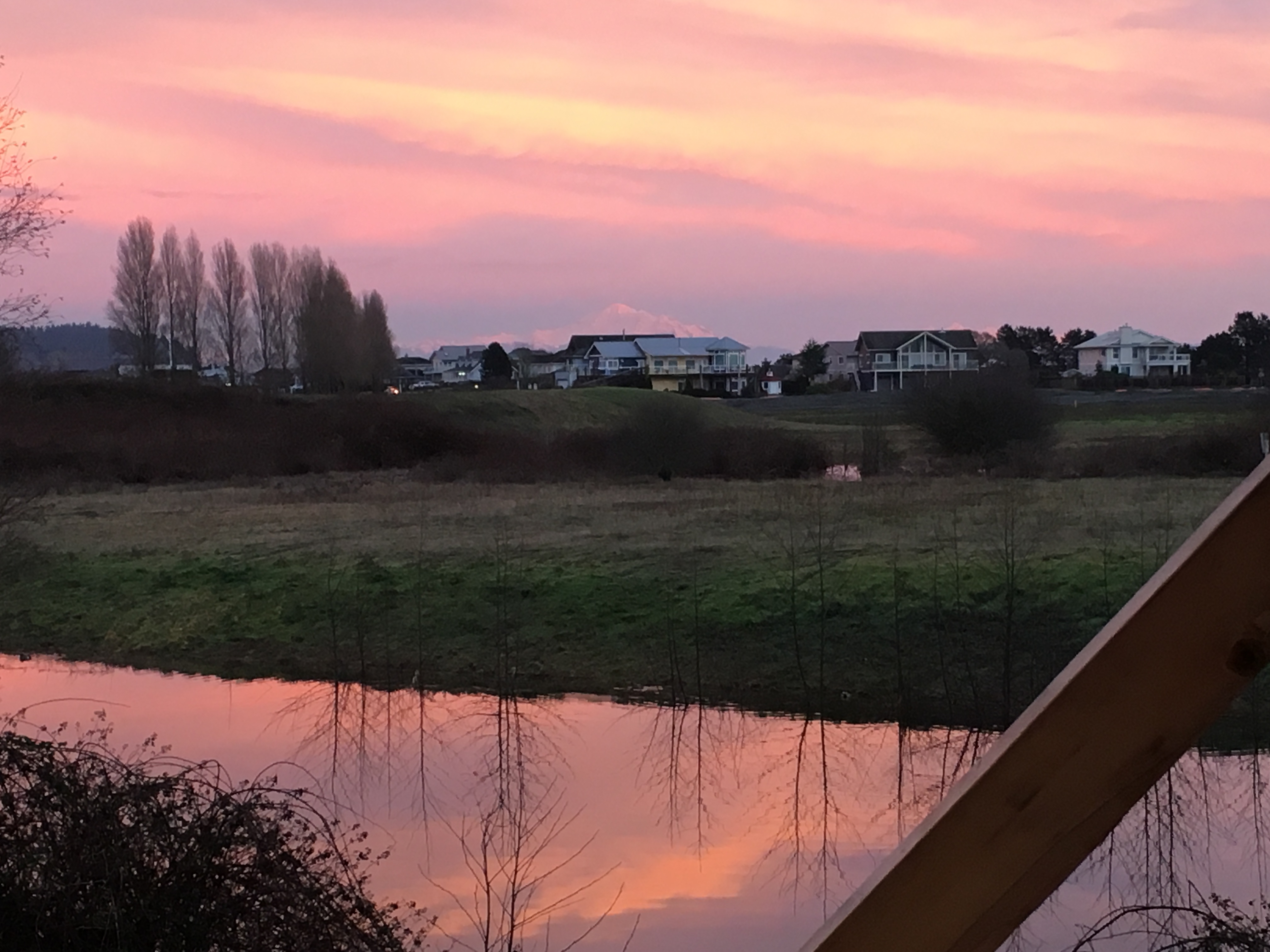 Working on the roof definitely has its perks when it comes to sunset!  Doesn’t show up as well in the picture but I had a beautiful view of a snow covered Mt. Baker from the roof ridge (top center of the above pic).  So when I ordered the roof trusses, I had specified that I wanted a 15″ energy heel.  This feature ensures that the attic insulation will maintain it’s full strength all the way to the edge of the wall.  I will be using blown-in cellulose insulation in the attic and to achieve my desired strength of R-60 I will need about 16.5″ of insulation (blown cellulose has an r-value of about 3.7 per inch)  A standard truss would slope all the 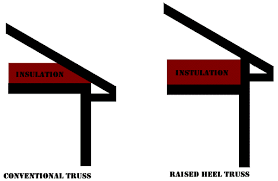 way down to the top plate, leaving only the width of the truss chord between the ceiling and the roof.  For a net-zero home this is unacceptable.  So before we can apply the roof sheathing, the sides of the walls need to be built up to the same level as the roof, otherwise the cellulose would just fall out after we blew it in.

The pieces used to build up the wall are called frieze blocks.  If you look closely, you can see how I had to add in a layer of plywood to ensure that the blocks were tall enough.  In addition, I beveled the top edge of each block so that it would match the slope of the trusses.  Any place in the house where insulation exists, it becomes very important to have an airtight seal all around it.  The beveled edge will make it much easier to air seal the frieze block to the trusses on the sides, and to the roof sheathing on top. 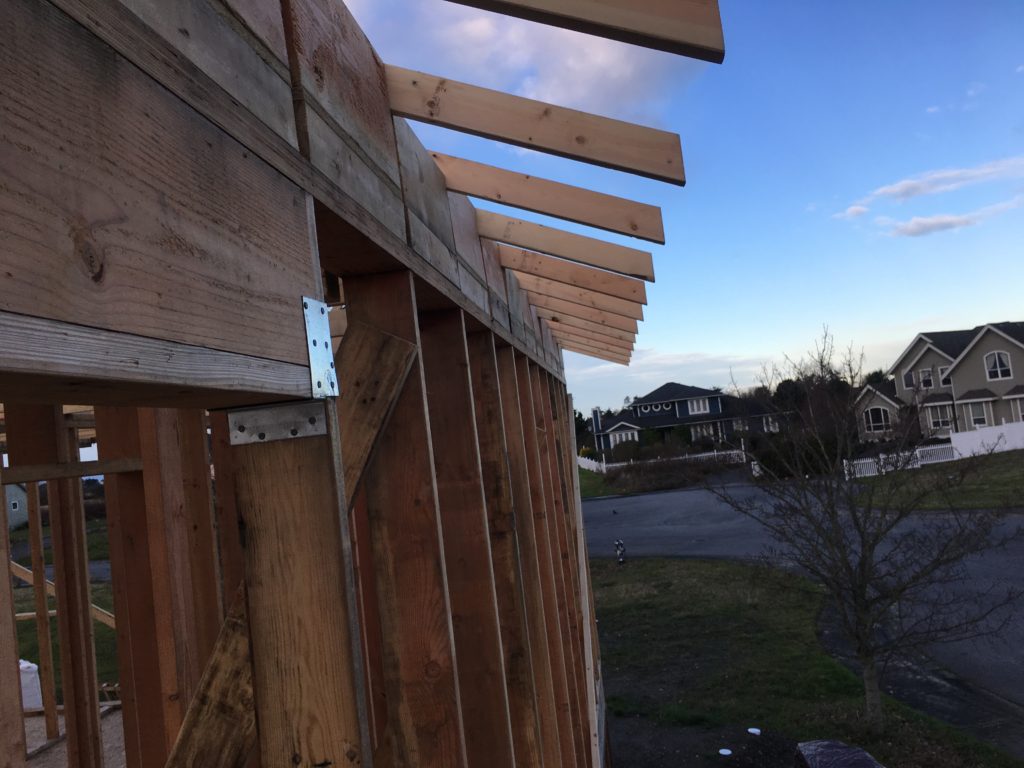 You might notice that every third frieze block is a few inches shorter than the others.  The spaces there will be used for baffles. 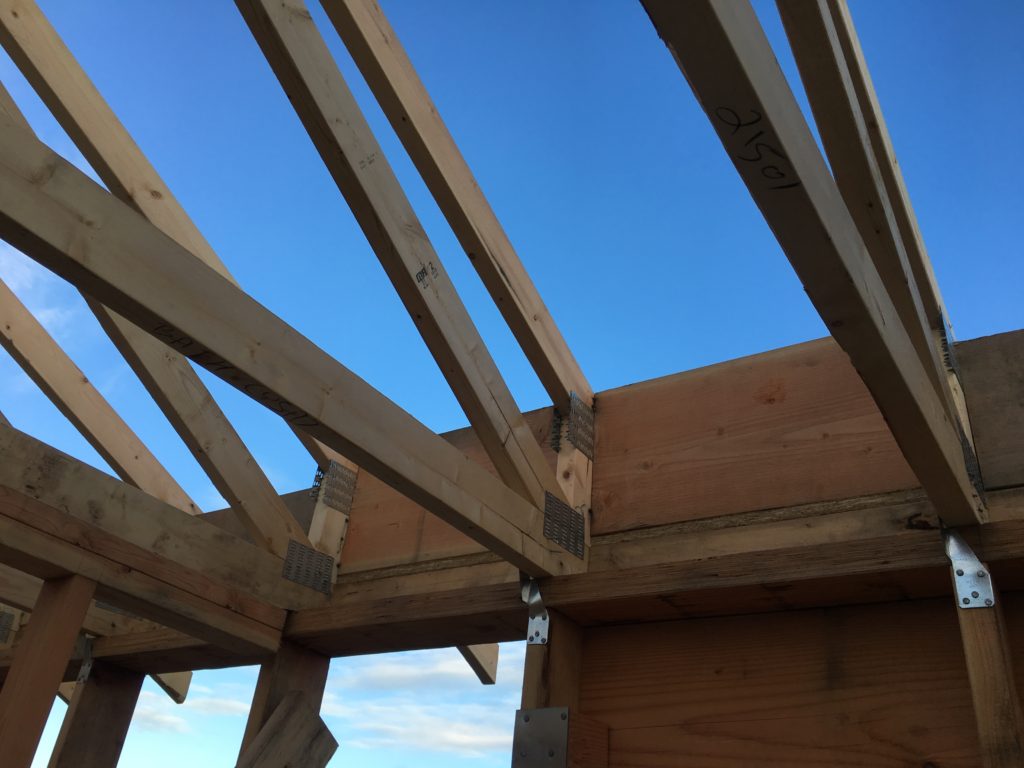 A baffle is used to ventilate the attic.  Even with a perfectly installed roof and airtight seals all around the insulation, moisture has a knack of finding its way into pretty much anyplace you don’t want it to be.  The most effective way to remove this unwanted moisture that could potentially lead to rot and mold is to use moving air.  The air will enter the attic through the baffle and warm slightly, causing it to rise and eventually exit through the ridge vent at the peak of the roof.  As the air completes this journey, it will pick up any moisture that exists in the attic.  As you can see below, the baffle is more than just an opening through the wall of frieze blocks.  It is actually more like an air tunnel that runs over the top of the insulation.  Again, recall that it is extremely important to ensure no moving air comes into contact with the insulation. 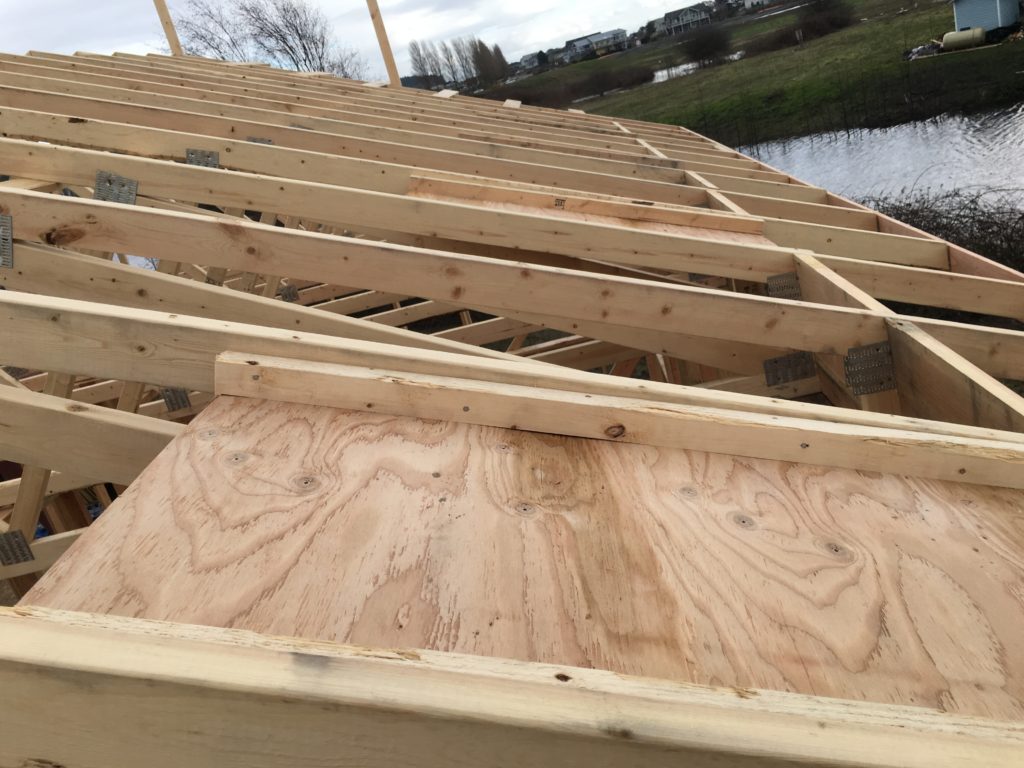 If you can imagine the roof sheathing going on over the top of this baffle, it will create a 2 inch wide air tunnel through the attic between the two layers of wood.  Below you can get a good look at the frieze block from the bottom.  Several months from now, practically this entire area you see will be filled with energy saving insulation.  You can also see where I added hurricane ties to lock the trusses to the top plates of the walls. 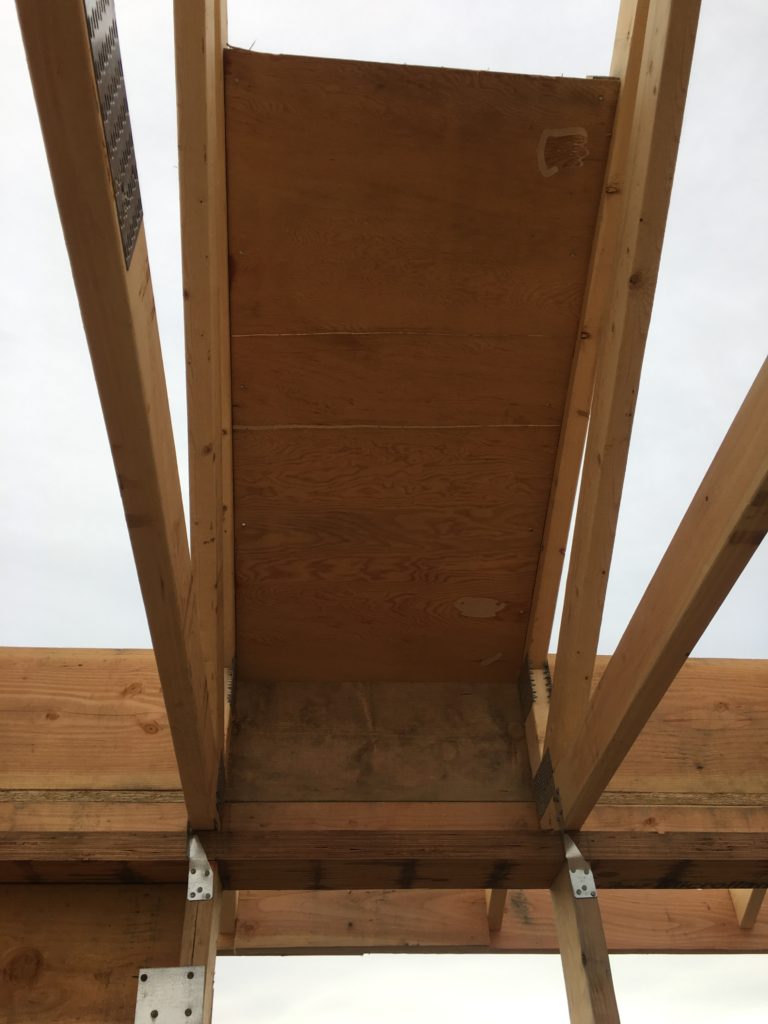 2 Comments on “Step 11a – Frieze Blocks and Baffles”