mbath Posted on February 11, 2018 Posted in Building Your Own Home, Do Your Own Roofing, Installing a Metal Roof 2 Comments Tagged with Drip Edge, Fascia, Sheathing, Shingles, Underlay 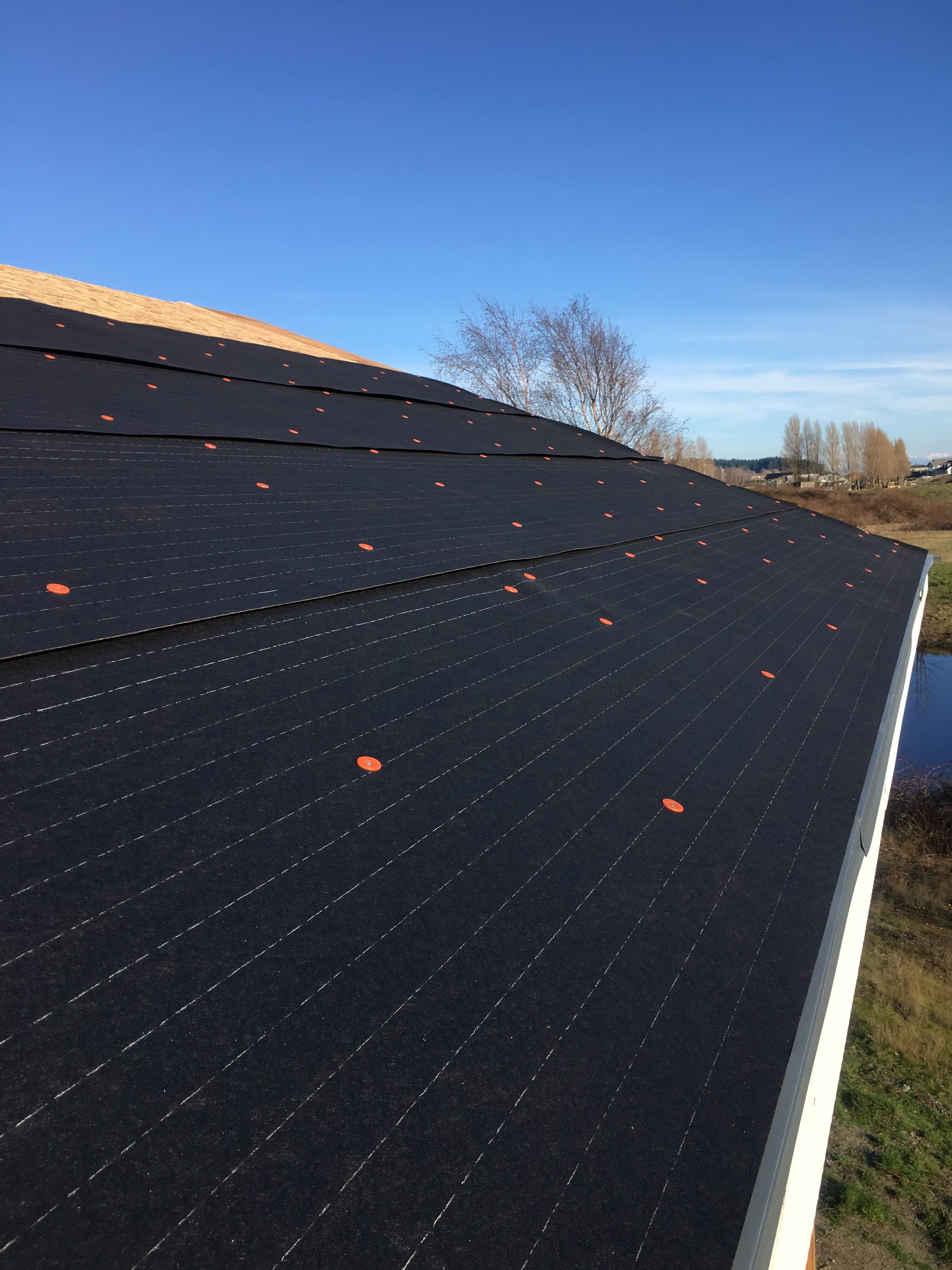 Today I weathered in the roof by installing the drip edge and underlay.  Together with my fiancée, Elena, who I hired on to be the head designer, we decided on navy blue/grey aluminum shingles for the roofing material.  Aluminum is supposed to hold up well against the salty ocean air of Point Roberts and the system I ordered from the Aluminum Shingle Co. came with a lifetime warranty.  This becomes extra important for a solar net zero home like the one I’m building because if you have to replace the roof then you have to remove the entire solar system first.  The aluminum shingles are built to interlock together, which not only makes installing them a little easier, but also ensures an extremely watertight barrier. 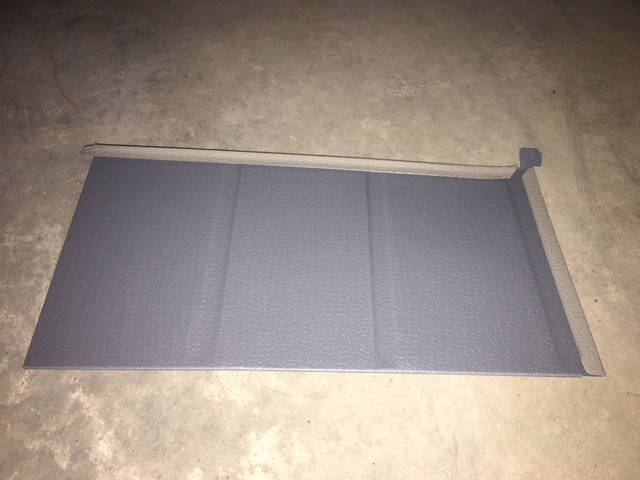 The first step in the install was to attach the drip edge to the eaves of the roof.  For the aluminum shingle system, the drip edge came with the package because the shingles will actually lock into it (even the nails to install it were included!)  For a more typical shingle roof, the drip edge can be purchased separately.  The job of the drip edge is to ensure that water doesn’t drip down the fascia as it travels to the gutter.  The face of the drip edge extends out over the fascia so the water coming off the roof drops directly into the gutter without touching the fascia.  After watching the installation video a few times, I carried the drip edge up to the roof and set about installing it.  Some small cuts had to be made with some tin snips where the different pieces locked together but overall the process was extremely simple. 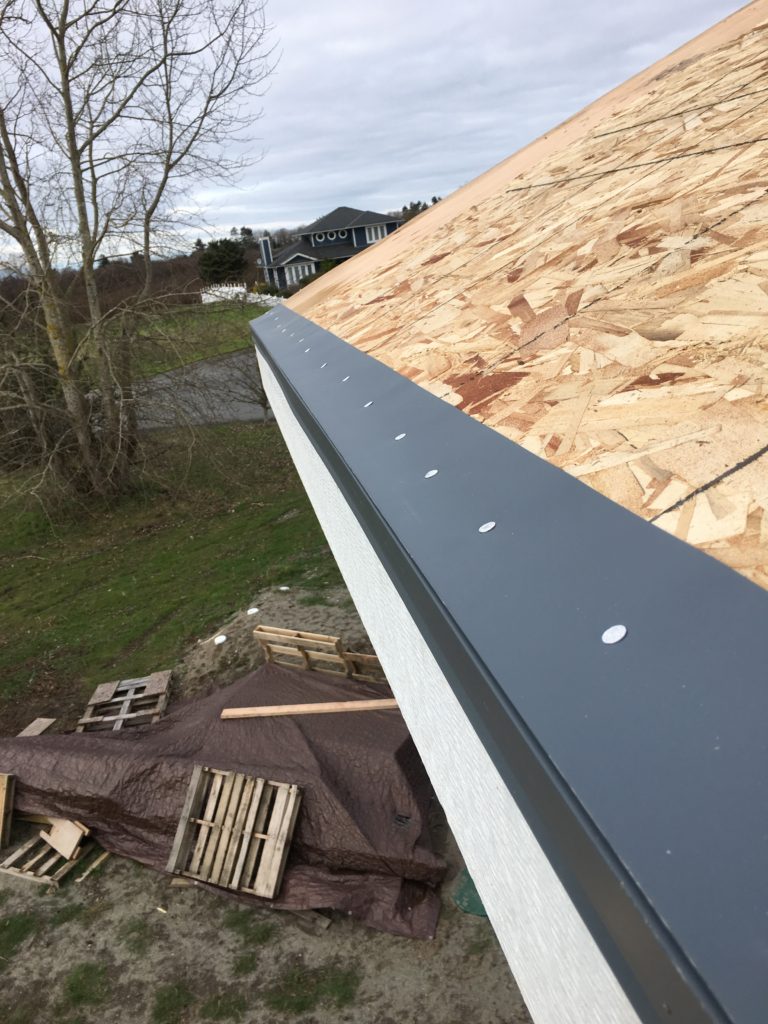 Getting the roll of underlay up to the roof was probably the most difficult part.  It weighs close to 100 pounds and wasn’t quite wide enough to ride up the rails that I had used to haul up the roof sheathing.  I decided the best way to do it was to unroll a little more than the amount I needed to complete a row, cut it off, and then roll it back up.  Then it was light enough where I could carry it up the ladder safely.  Starting at one end, I nailed it down so it almost covered the nailing flange of the drip edge and then unrolled it all the way to the other side.  After tacking it at the end and cutting the roll flush with the gable end, I nailed it down with cap style roofing nails every 8 inches or so. 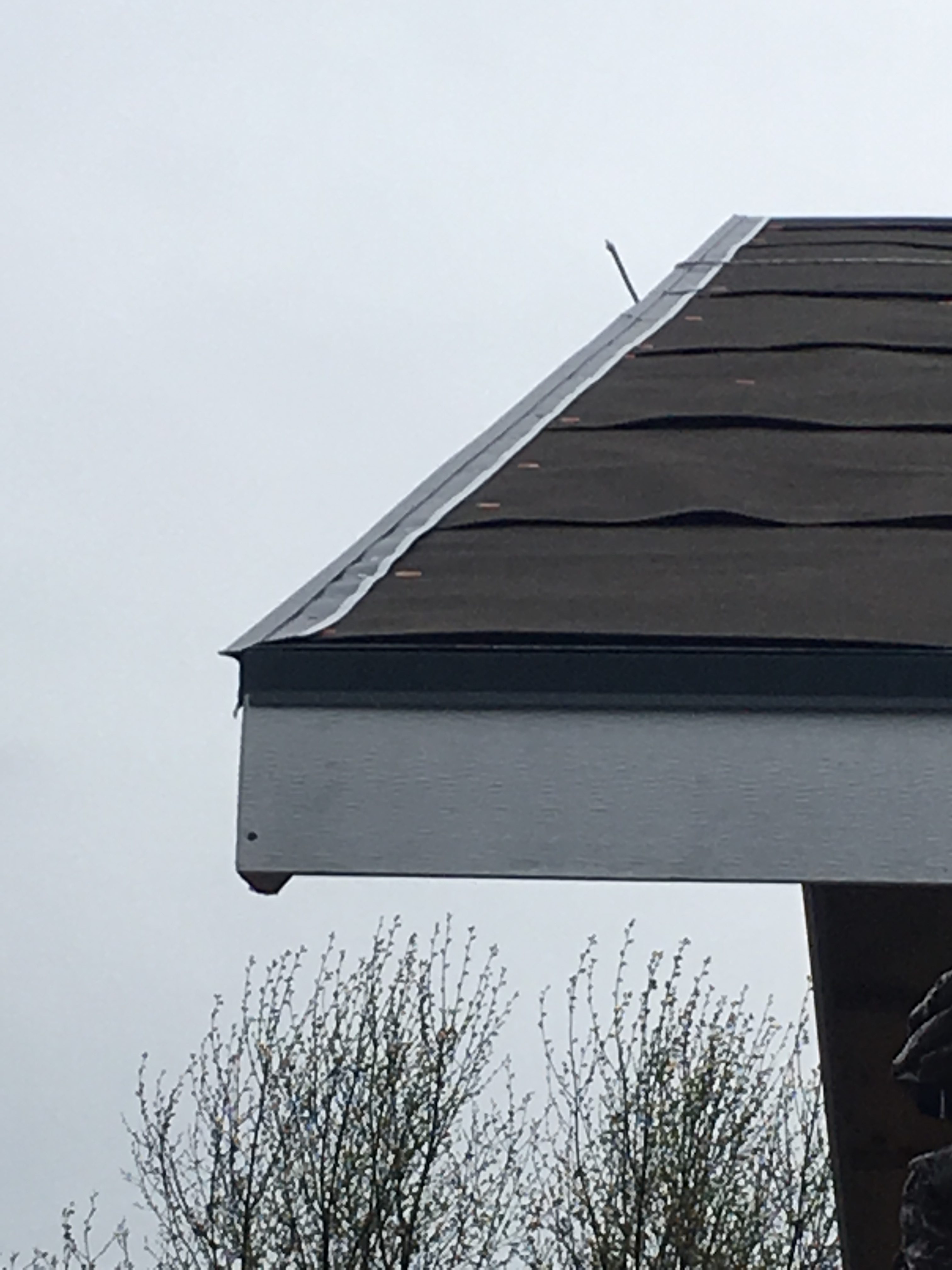 I overlapped each successive row of underlay about 5 inches to ensure rainwater wouldn’t be able to get through to the roof sheathing.  When I got to the ridge of the roof, I placed the middle of the roll of underlayment over the top of the ridge and cap nailed it down over each side, again, to ensure that water flowing down the roof would always flow over the next row of underlay instead of under.  With the underlay now covering the entire roof, the last step was to install the gable drip edge.  This went on almost exactly the same as the eave drip edge, with aluminum nails every 4 inches.  The shingles lock into the very end of the drip edge and will cover up all of these nails, as well as the eave drip edge nails.