Saving Sustainably » Building Your Own Home » Step 9 – Frame the Floor 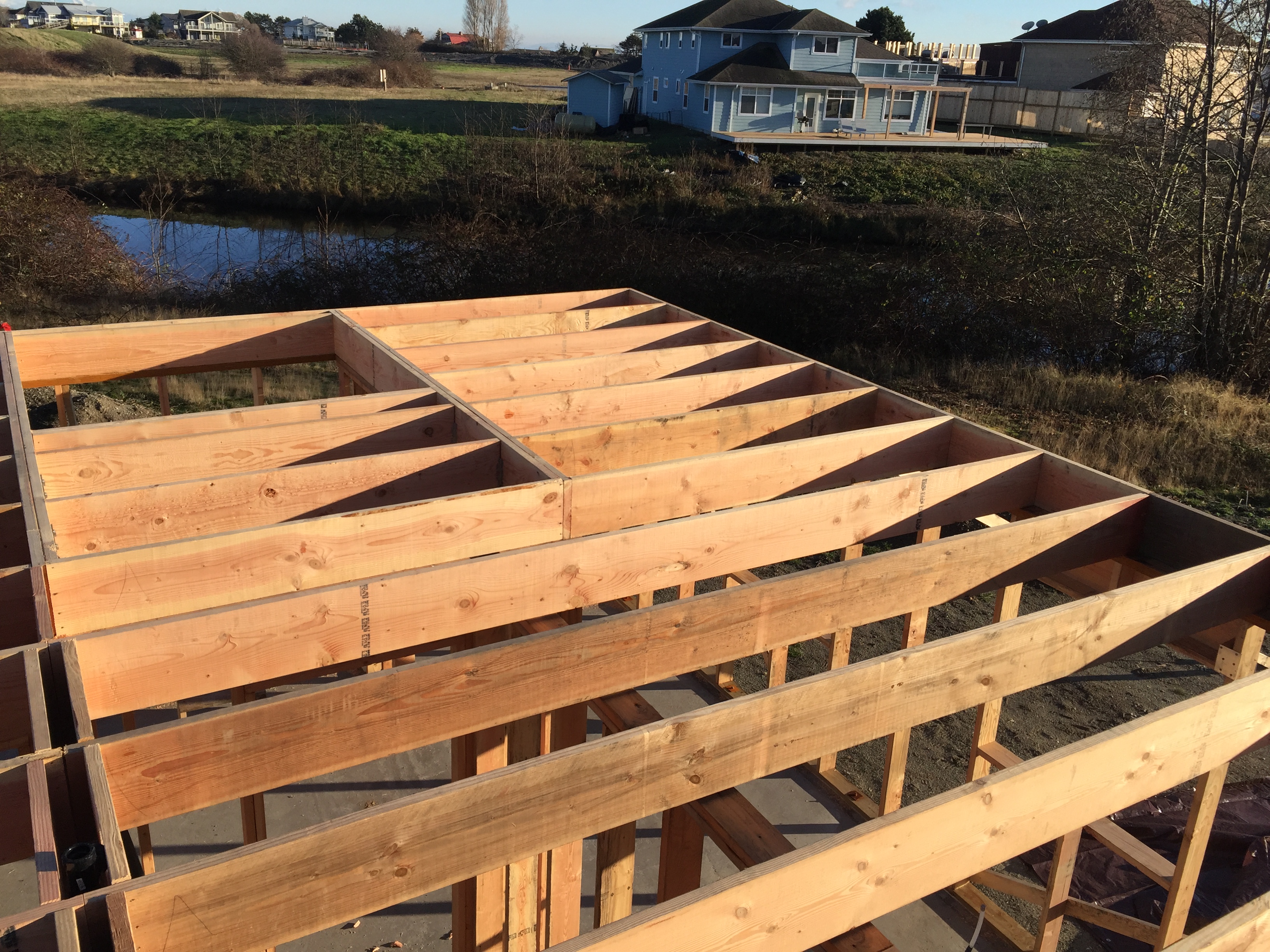 Flooring is pretty basic, and if you’ve ever noticed how a deck is built then you have the gist of it.  Long boards called joists are laid out parallel with each other and on their sides so they won’t bend easily.  4×8 sheets of plywood or OSB are laid out over the top of the joists to create a flat, sturdy surface.  The joists are supported by some of the first floor walls.  As I mentioned before, one of my interior walls is a load bearing wall, so it will be used to transfer half the weight of the second floor of the house down to the ground .  The 2nd floor interior walls will rest on the subfloor, which will in turn rest on the floor joists.  Since the floor joists span all the way from the exterior walls to the interior bearing wall, they will need to handle a significant amount of the weight of the house, which they will then transfer to the exterior walls and the interior load bearing wall.  The pic below might help you visualize…

Proper joist sizes can easily be figured out from the IRC (International Residential Building Code) using a table in the same way you calculate header sizes.  For me, that meant looking at the part of the table that dealt with 24 inch joist spacing since that is what I’m using.  Then figure out what the greatest distance the joists will span is, which for me is just slightly over 14 feet.  Last, select a lumber option that supports a minimum span greater than this distance.  I decided to go with #2 2×12 Douglas Fir, which supports a span of up to 16’6″.  Going with an option suitable for a span larger than what I need will hopefully give me a less bouncy, less squeaky floor. 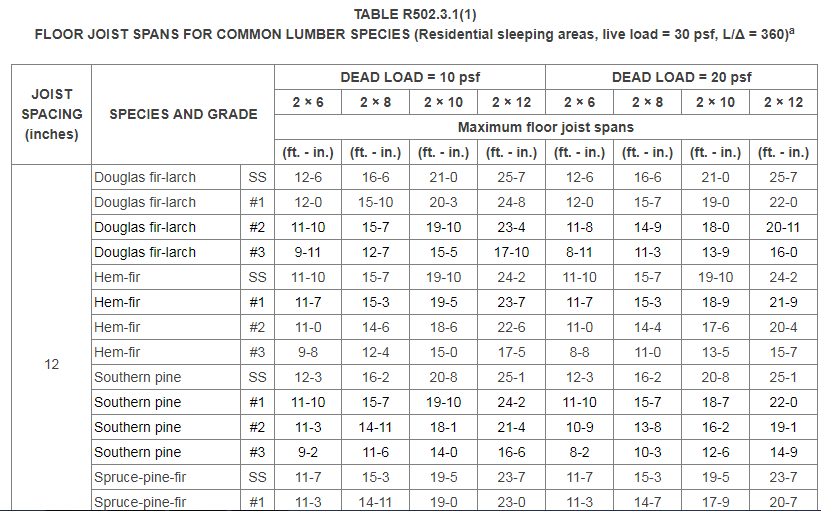 Lifting 16 foot 2×12’s 10 feet up in the air solo is a great workout.  After cutting each joist to length.  I lifted one side up in the air and rested it on the top of an exterior wall.  Next I moved a ladder near the interior bearing wall and lifted the other end of the joist up so I could rest it on the top of the ladder.  After climbing up a few rungs on the ladder, I had enough height where I could lift the joist from the top of the ladder to rest on the interior wall.  Just as with the wall framing, it was important to ensure that the crown of the lumber faced the sky. 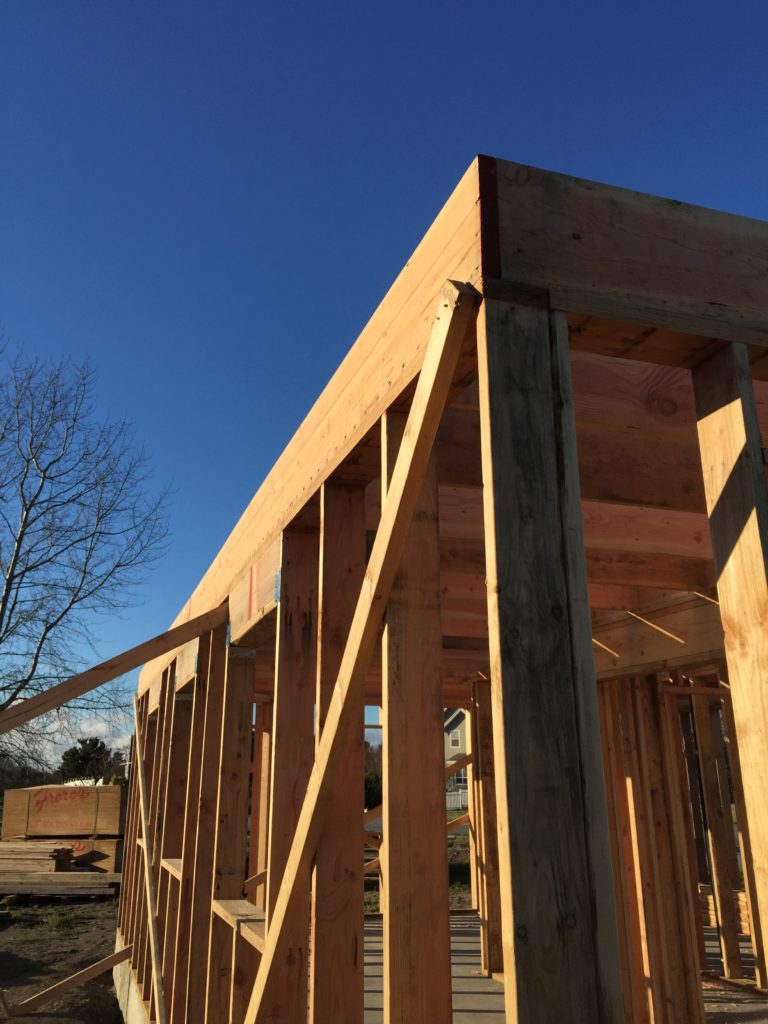 The opening for the stairway required a little bit of detail.  The code requires joists to be doubled all around the opening.  In addition, any time you are unable to rest a joist on a bearing wall, you must use steel joist hangers to carry the weight around to where it can reach a bearing wall.  The manufacturer of the hangers (in this case Simpson Strong-Tie) tells you what kind of nails you must use and what amount of weight the hanger is capable of carrying. 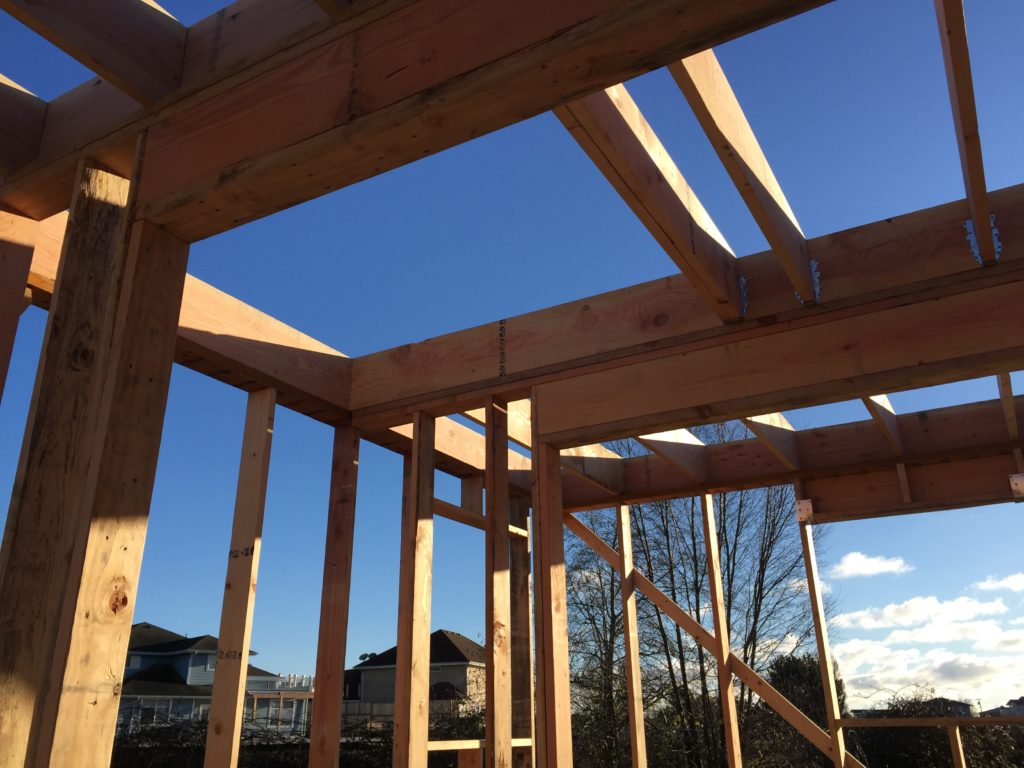 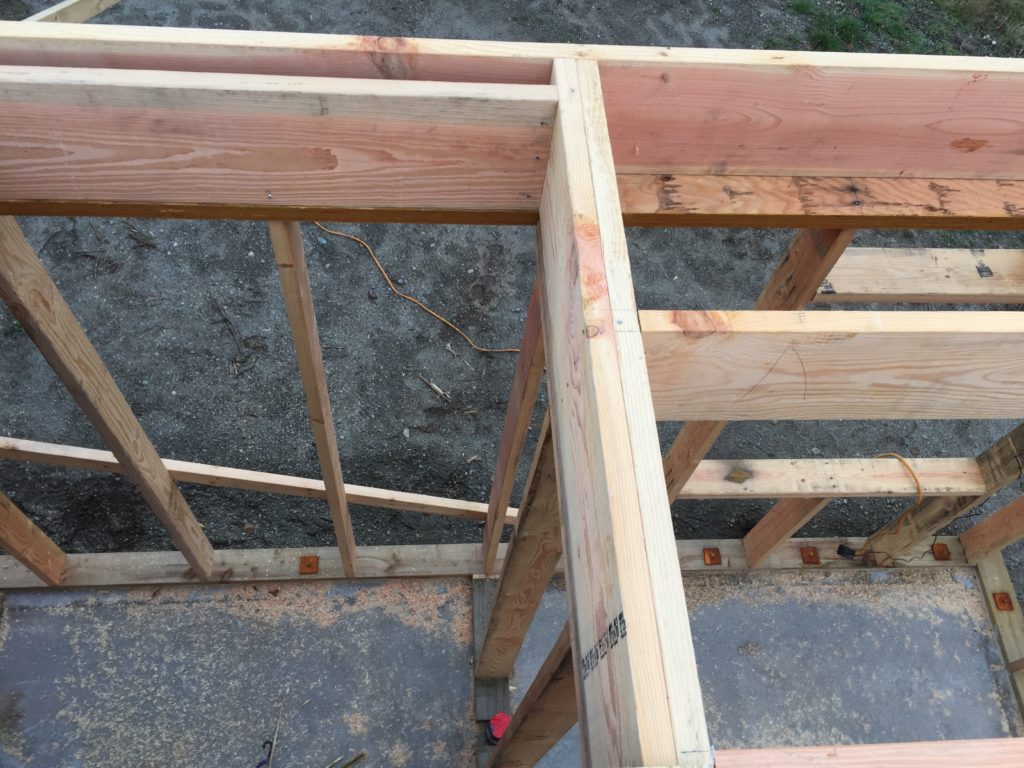