Step 9a – Install Blocking and Plumbing

mbath Posted on December 7, 2017 Posted in Building Your Own Home, Do Your Own Carpentry, Installing Your Own Plumbing No Comments Tagged with ABS, Blocking, Contractor, DWV, Insulation, Joists, Subfloor, Walls 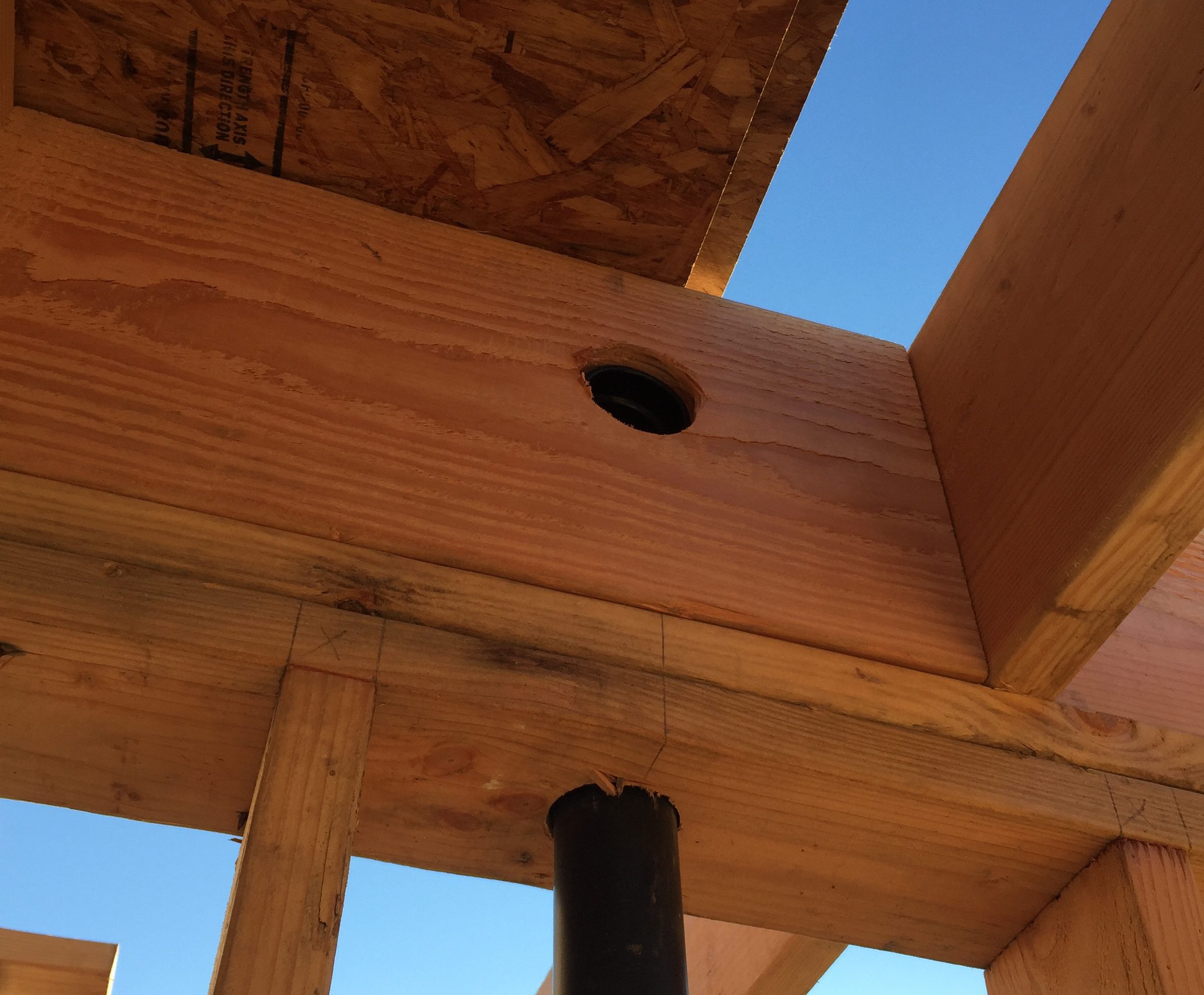 Before the subfloor can be nailed onto the joists, small sections of 2×12 called “blocking” must be installed.  Together with the rim joists they ensure that the floor joists won’t roll onto their flat sides where they can easily bend.  The blocking is placed along the top of the interior bearing wall at the exact place where the two floor joist spans meet and nailed perpendicularly between them.   I kept all the plumbing of the house on interior walls so I wouldn’t take any precious space away from my insulation inside the exterior walls.  My interior bearing wall being the major wall on the first floor, this meant that it had a significant amount of plumbing running through it.  The plumbing runs through the middle of the wall, and all of the DWV pipes must be vented vertically through the roof.  These pipes want to go through the middle of the interior bearing wall and exit right into the middle of my blocking!  My solution was to simply install a double set of blocking with the pipes in the middle.

In addition, I had planned for some of these pipes to run horizontally in the space between the floor joists.  For example, the washing machine is on the second floor, but the space I want to put it in doesn’t have a wall below it on the first floor.  If I didn’t run the pipe horizontally I would have a pipe for the dirty clothes water running through the center of the guest bedroom!  So this horizontal run would need to make a turn through the blocking so it would run in the space between the floor joists.

All of my planning really paid off because some of the runs of ABS pipe were required to have cleanouts.  If I hadn’t installed them before running the vertical pipe up through the blocking it would have been a pain to do later.  The one you see below will be covered with a bench seat at the dining room table.  In case of a plumbing emergency the cushion can be taken off the seat and a hinged panel will provide access to the cleanout. 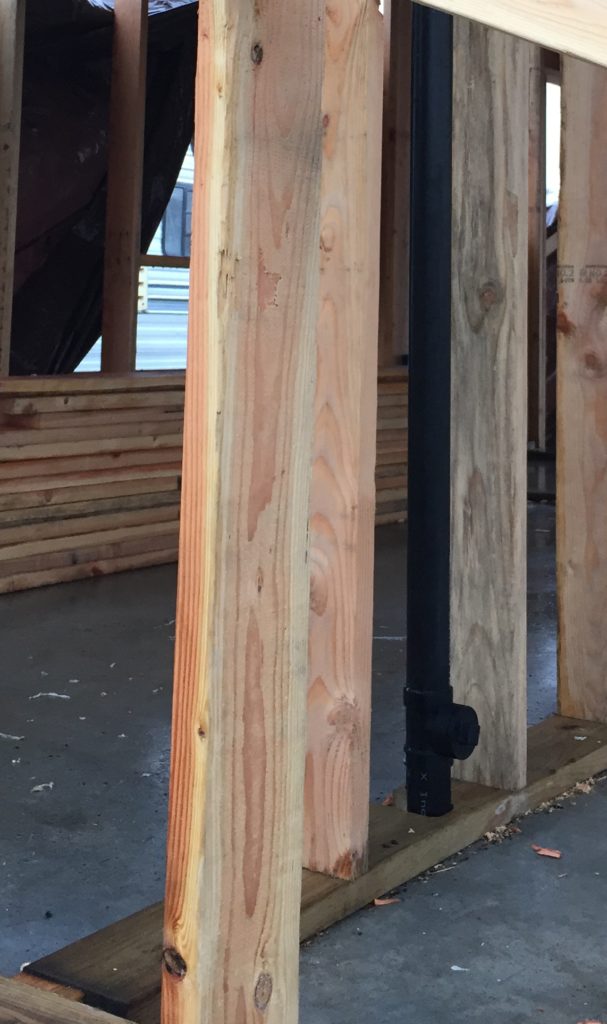 For a contractor, calling the plumber out before the entire house is framed is unusual.  I’m sure they would have been able to come up with a solution without breaking their routine, but I’m also pretty sure it wouldn’t have been as neat and efficient as my solution.  For me, it was very easy to stop framing for half the day and work on some plumbing so that I could finish with the blocking.  Yet another great example of the flaws in building a house with contractors…