mbath Posted on May 17, 2018 Posted in Building Your Own Home, Do Your Own Plumbing, Installling Your Own Home Water Supply System No Comments Tagged with Conditioned Space, Drywall, Inspection, PEX, Slab, Stubout

I installed a decent portion of the cold water supply way back before I poured the concrete slab.  The roxul I used to insulate the slab is plenty to ensure that there won’t be any freezing issues with the PEX, and the plastic sleeves I used protect it from the concrete and satisfy the building code.  The hot water supply, on the other hand, needs to be well insulated and only run through the conditioned space of the house to maximize efficiency.  There are 12 fixtures that need cold water in the house, 6 upstairs and 6 downstairs.  `All of the downstairs fixtures are fed from a manifold under the bathroom sink.  I decided that most bathroom sinks have plenty of extra room under them, so I routed the manifold under the sink instead of inside a wall.  This is just an added safety feature so if any of the expansion rings fail I’ll be able to replace it without tearing down a wall. 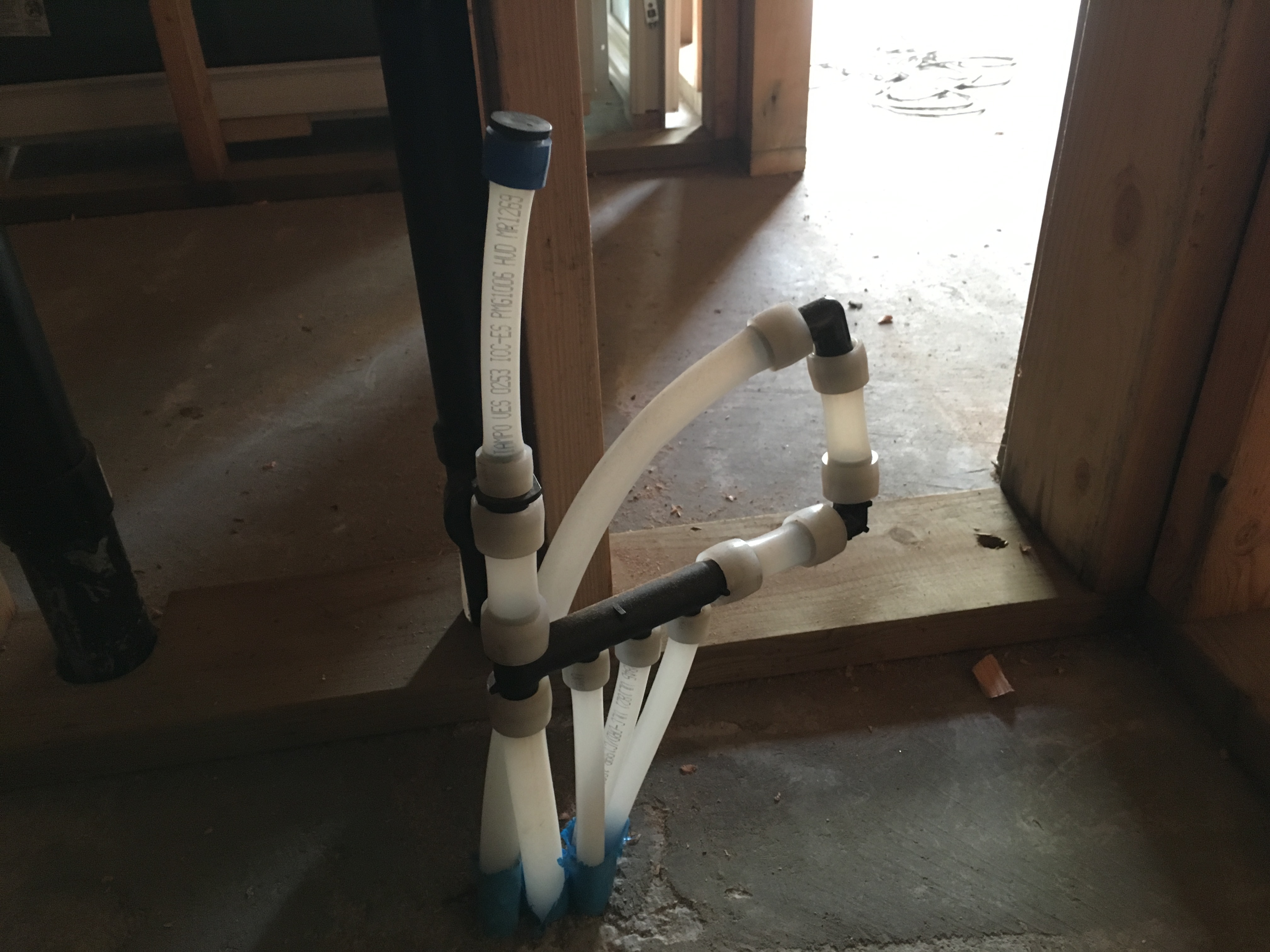 The water supply enters through the elbow at the top right of the pic above, and then into the manifold, where it is routed in 5 different directions.  The first goes to the tub, the second to the toilet, and the third to the kitchen sink.  The last two outlets move in opposing directions.  The top one will go straight up to the sink, and the bottom one will feed the pot filler and the drinking water in the kitchen. 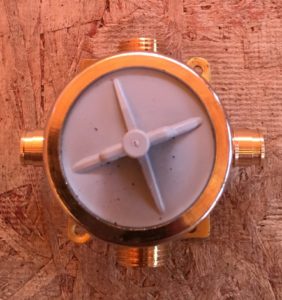 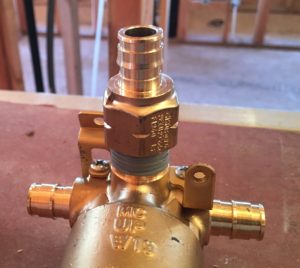 The tub supply is fed into the right side of a four way mixing valve.  The hot water will go in the left side, the cold water gets attached to the right side, and then the valve will mix the two supplies as the shower temperature handle is rotated.  The mixed water will exit out the top of the valve to the shower spigot.  Here you can see how I attached a PEX fitting to run up to the shower head.   The bottom part will be attached to a copper pipe that will supply water to the tub spout.  It isn’t recommended to install PEX on the tub supply.  It will cause water to leak out of the tub spout when it should only be coming out of the shower head.  I will connect the plumbing for the tub last.  It should be the final step before I am ready to receive the plumbing inspection. 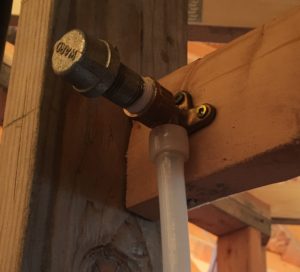 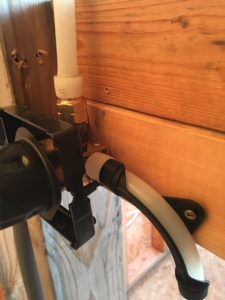 For the toilets and sinks, I used metal drop ear bends to support the PEX as it exits the wall, and then attached test plugs.  For the pot filler and drinking water, I just capped the line for now.  These lines will run inside the kitchen cabinets so it will be much easier to install them later.  I’m hoping the inspector will understand. 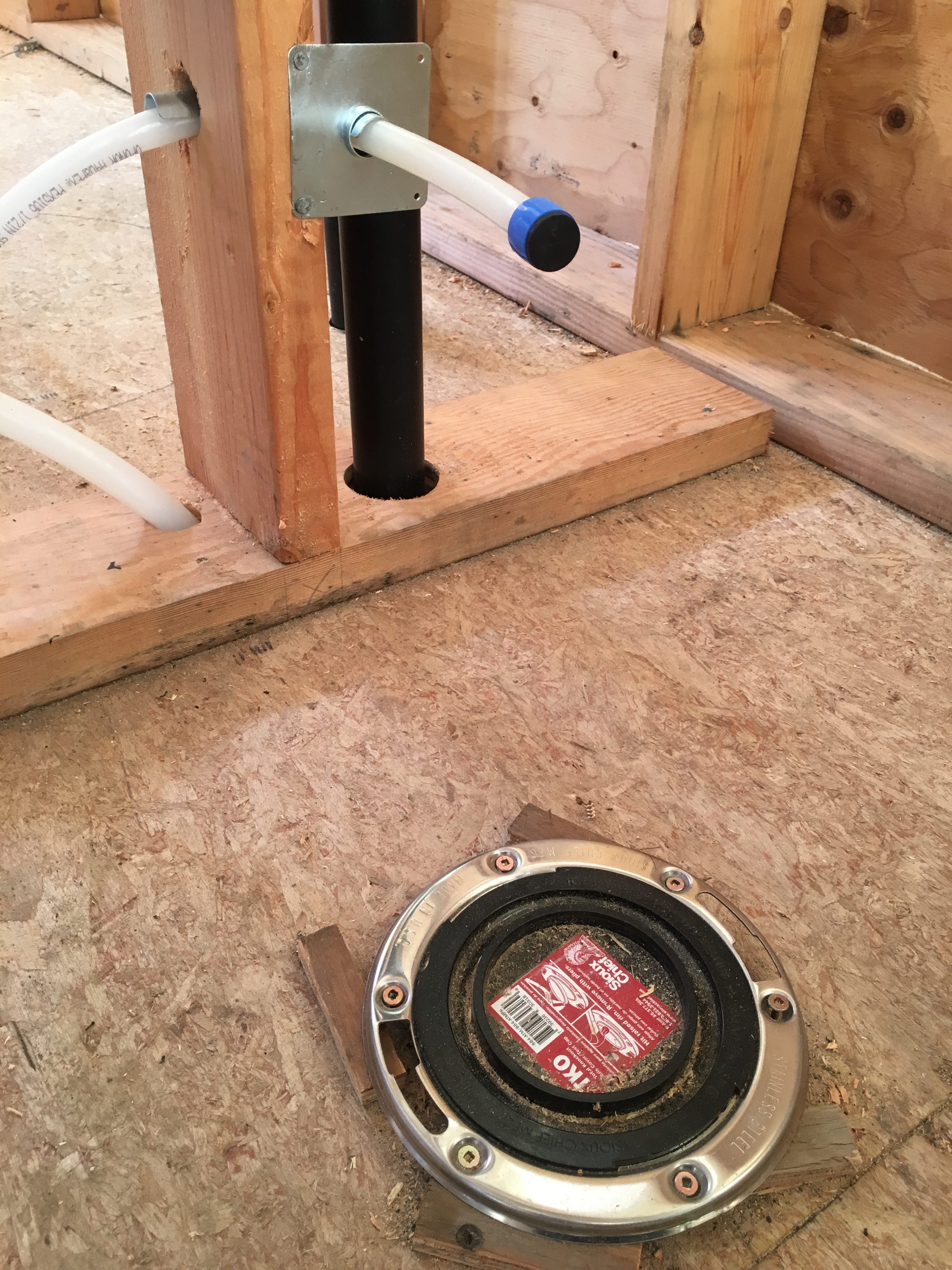 For the second floor, I have another manifold, this one with seven outlets.  The first and second go to the master shower, the third and fourth to the master sinks, the fifth to the washing machine, the sixth to the upstairs toilet, and the last one (the larger one) continues on to the water heater.  This manifold is installed in a utility closet next to the hot water tank.  Again, I wanted to keep all of the manifolds accessible to ensure any possible future leaks could be fixed.  This closet will also be equipped with an emergency drain for added safety. 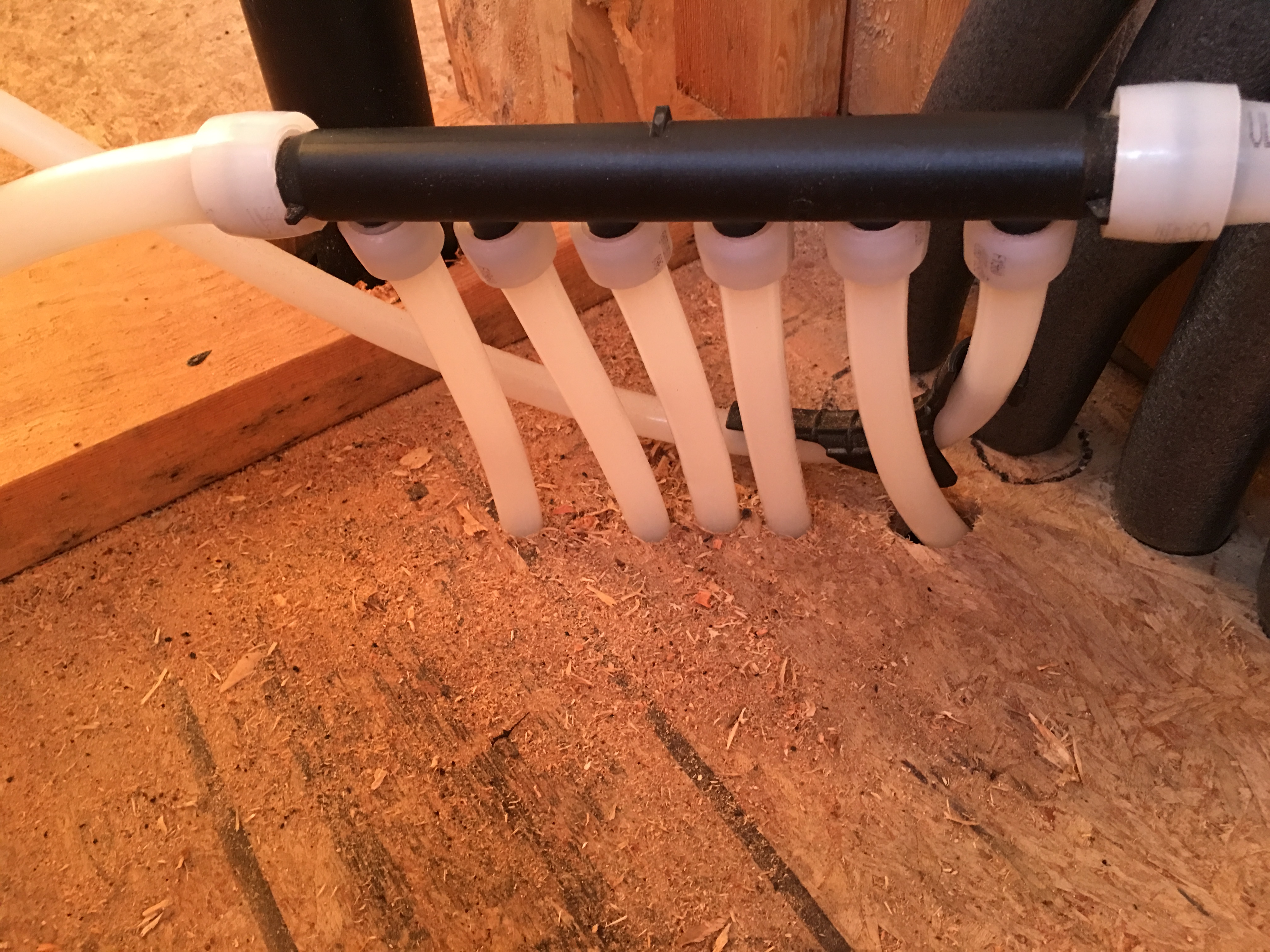 The same four way mixing valves are used for the showers, but the bottom is capped off since there is no tub.  The toilets and sinks are plumbed just the same as they are downstairs.  The washing machine is connected directly to an angled shut-off valve.  After the drywall is installed, all of the capped lines for the sinks and toilets will get one of these attached as well. 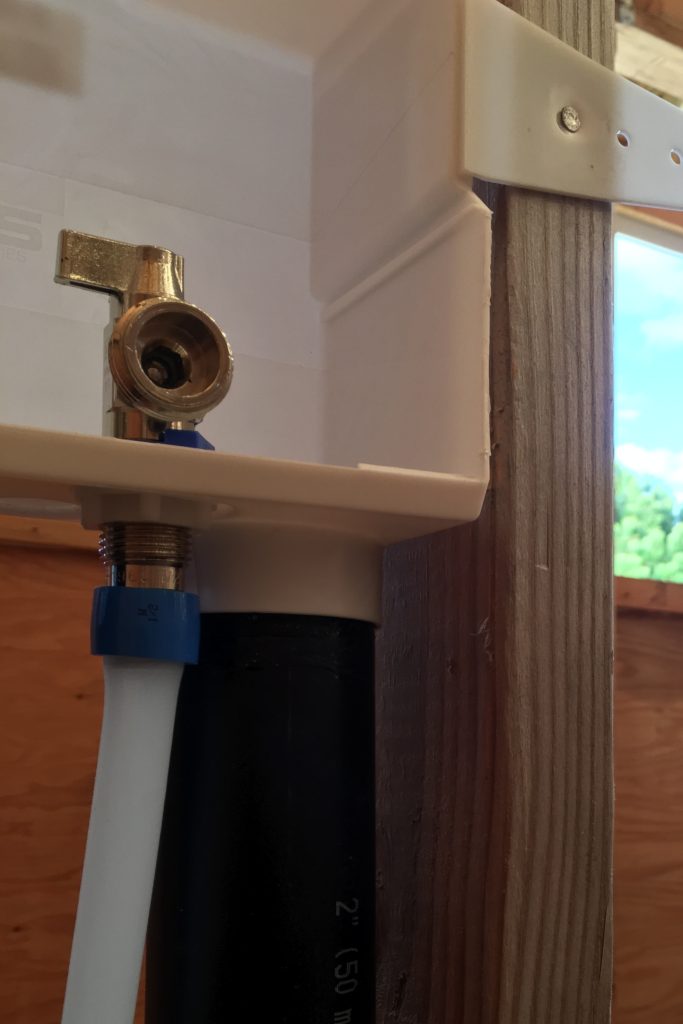