How to Meet Wall Bracing Requirements 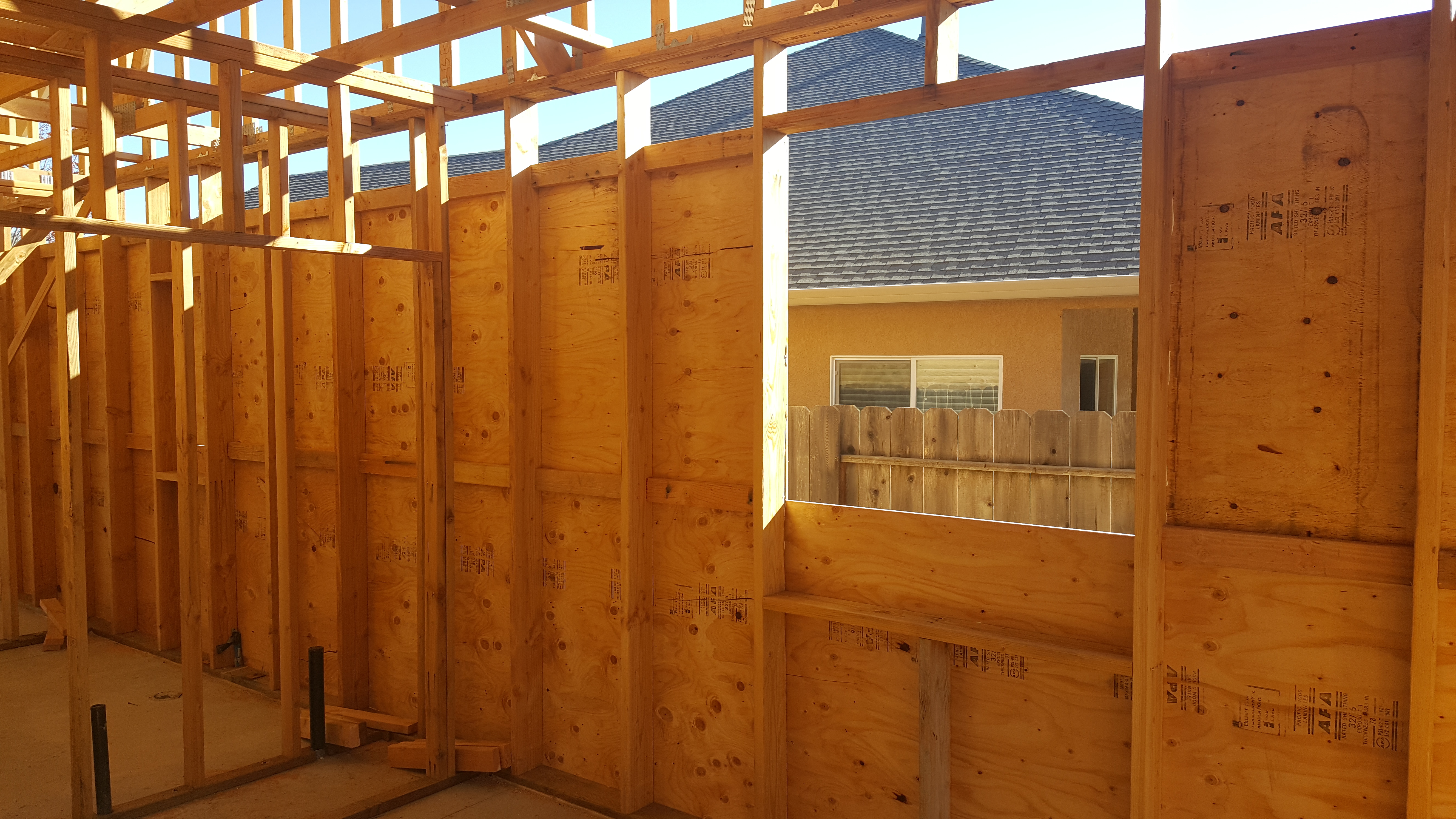 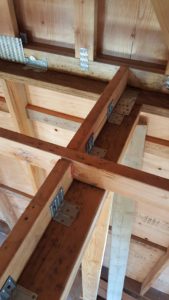 When most people think about the structural integrity of the house, they think about the force of gravity pulling on the house and the need for structural members like studs, headers, top and bottom plates to be strong enough to stand up to this pull.  While this downward force is certainly the most important one acting on the house to account for, many houses in the past have been obliterated because too little attention was paid to forces acting in other directions.  Foundation bolts are required because in the past, houses were blown off of their foundations in tornados.  In earthquake prone zones like mine (d1 seismic zone), building codes require that the walls of the house are braced to ensure they can withstand forces from the sides as well.

Likewise, wind can also be powerful enough to blow over a wall as if the studs were a line of dominoes.  With only one connection between the stud and top plate, and another between the stud and bottom plate, you are relying on a few nails to prevent this from happening.  While this might be good enough for a short wall, the building code has certain rules on bracing the studs to prevent this domino run from occurring.   Imagine a house that doesn’t adhere to code requirements for wall bracing as a cardboard box that’s open at the top and bottom.  It doesn’t take a lot of force to flatten the box.  Adhering to the code requirements for wall bracings (602.10) is like putting the top and bottom of the box back on.   The added panels provide stability against the lateral forces that would otherwise flatten the box. 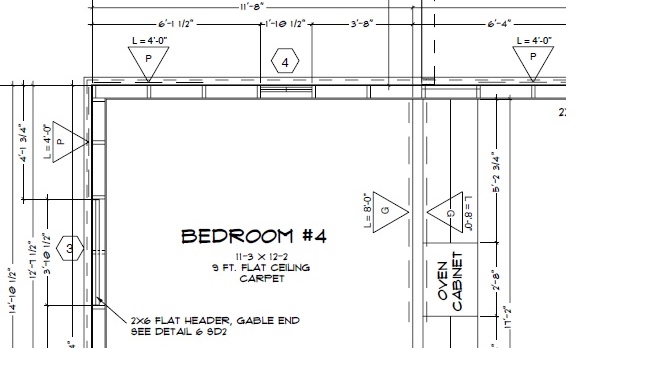 The development of these wall bracings begins way back in the design stage of the building process.  For smaller, simple rectangular houses, the exterior walls will act as braces on each other, so the builder only needs to ensure bracing requirements are met on the exterior walls.  For larger and/or alternatively shaped houses, select interior walls will have to be braced as well.  In drawing up plans, the first task is to decide what walls will need to be braced.  This is accomplished by drawing imaginary, perpendicular lines on the plans called braced wall lines.  These lines are absolutely required every 50 feet, but are recommended every 35 feet.  The farther apart they are placed (closer to 50 ft than 35), the more bracing is required to be applied to the walls.  The lines should be placed so that as much of the length of line as possible is within 4 feet of an existing wall (as with the 35-50 ft, the more wall that lies within 4 feet, the less bracing is required of those walls)

Once the braced wall lines have been drawn out on the plans, it is now time to designate braced wall panels on the walls that lie within 4 feet of the braced wall lines.  You can check out some sample brace wall lines on the house plans above.  The triangles labeled ‘P’ and ‘G’ mark braced wall panels.  The letters identify the type of bracing used with ‘G’ identifying gypsum wall board and ‘P’ identifying plywood.  While there are three other acceptable methods of bracing walls (descriptions provided below), these two types are recommended because they provide opportunities to insulate the house better as well as brace the walls.  Notice how the builder has used plywood bracing on the exterior walls and gypsum wall board bracing on the interior braced wall lines.  This is because gypsum wall board must be applied to both sides of the wall in order to meet bracing requirements.  This works great on the interior but would be very wasteful on the exterior.

After deciding what kind of bracing to use, it’s time to calculate how much bracing is needed.  A table in the code (provided below) gives a percentage based on how far apart the braced wall lines are, what kind of bracing was used, how tall the walls are, and how many stories the house is.   For my design, I will be using continuous plywood sheathing on the house so I don’t have to worry so much about where to apply the plywood bracing since it is going everywhere.  I do however need to ensure it is attached to the studs to code with 8d nails every 6 inches along the seams and 12 inches in the field.  The braced wall panels are about more than the sides of the house though.  The bracing must run from the top of the house to the bottom.  That means that the trusses attached above the braced wall lines must be secured with special clips (this info can also be found in the building code) and the bottom plates must be attached to the foundation with bolts that extend at least 7 inches into the concrete.  As you can see here, the builder marked the placement of the braced wall panels on the concrete to make it easier for the inspector to see that they had fulfilled the code requirements. 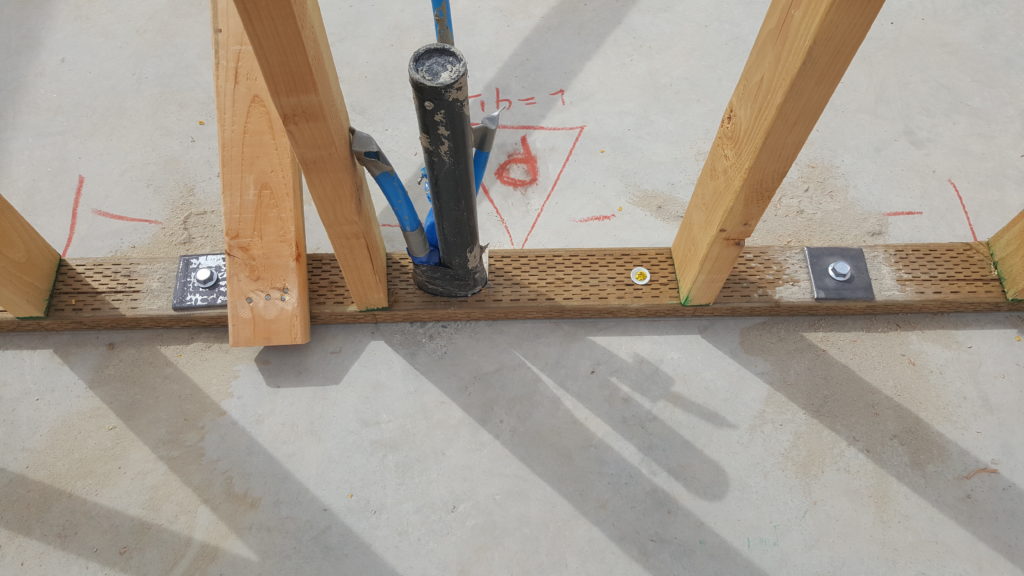 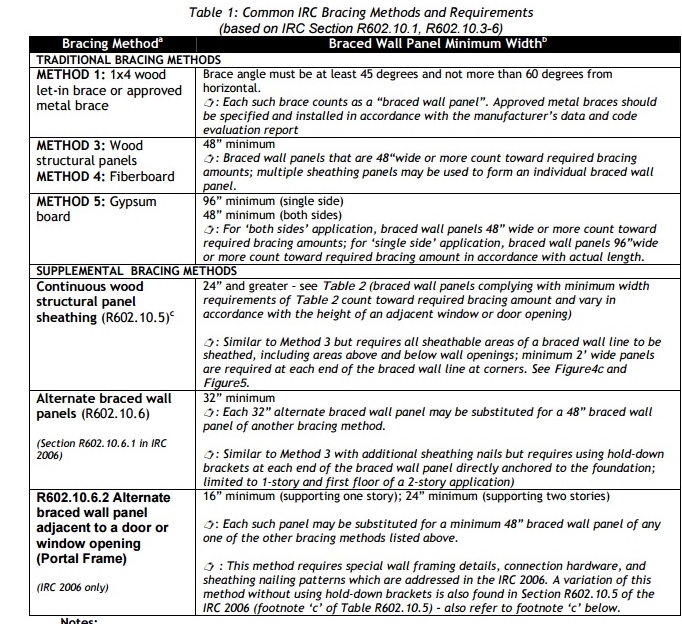 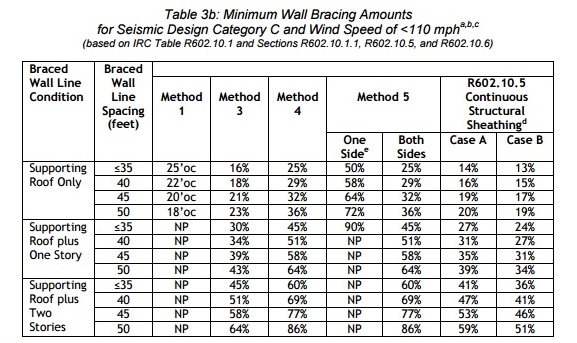